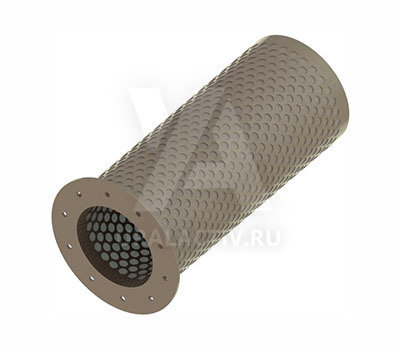 The operating principle of mist extractors – filters is based on the capture of liquid particles by the fibers during the mist transmission through the polymeric layer. The gas streams with particles of mist pass through the polymeric layer and the particles aggregate on separate fibers due to repeated collisions. It generates liquid films which are dragged by the gas stream to the opposite surface of working element. The liquid films accrete matter, flow down to the collector of liquid under the gravity force and then they are used according to the technological cycle.

Filtering elements of mist extractor include two coaxial perforated cylinders from polymeric materials which are welded to the bottom and inlet connection pipe. The space between the cylinders is filled with thin reticulate polymeric fibers. To avoid preliminary the second separation of water particles by the gas stream the structure of working element consists of several layers.